To put it simply, observability is the extent to which you can learn about a complex system’s internal state of health by seeing its external outputs. You need a system that is easier to observe if you want to discover the root cause of a performance problem quickly and accurately.

The term “observability” in cloud computing refers to software tools and practices for analyzing and correlating performance data from distributed applications and the hardware they run on. It is designed to better monitor, troubleshoot, and debug the application for meeting the customer expectations, service level agreements (SLAs), and other business requirements regarding the cloud service.

Compared to traditional server-based infrastructures and processing capacity, cloud computing has several benefits. Cloud computing, on the other hand, has a single issue. Traditional observability tools do not work well in serverless cloud systems. Observability on the open cloud on AWS, Microsoft Azure, or Google Cloud Platform is essential for any open-source cloud computing solution.

Which open-source cloud-native observability technologies are the greatest for you to utilize?

Cloud computing relies heavily on observability, which we actively promote. 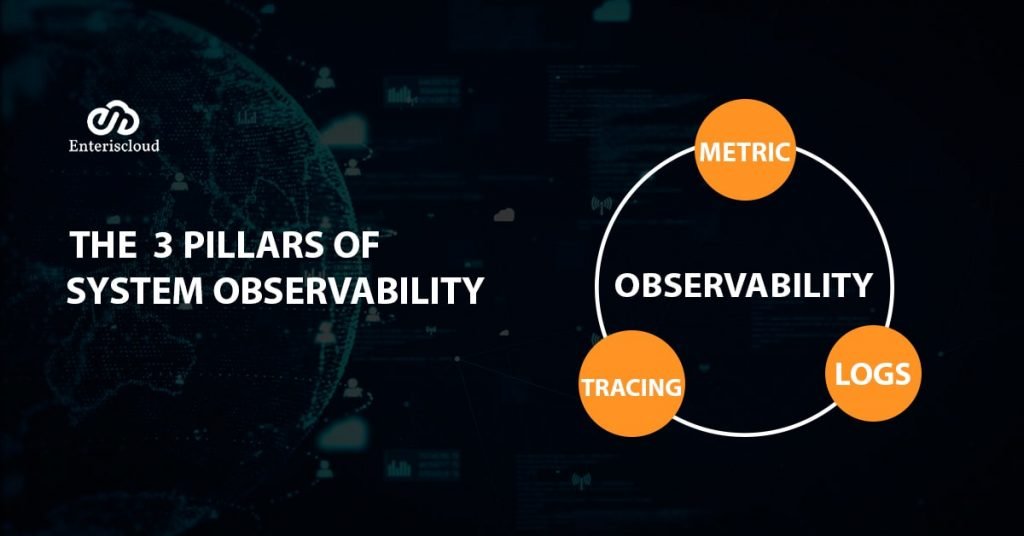 The capacity to observe something is typically characterized as observability. Although the essential idea is the same, cloud-based observability varies from traditional observability.

The capacity to deduce the state of a sophisticated system from the outputs is an example of a system’s observability. Observability in computing relies on logging and monitoring servers, applications, data, and hardware.

An Understanding of Pre-Cloud Conditions

Pre-cloud technologies were established before cloud computing, but infrastructure hardware was separate. Everywhere from 10 to 100 servers had specific operating systems and apps on them.
The system’s architecture allowed for the installation of various observability tools, which allowed for the tracking of changes, monitoring data flow, and identifying architectural links. The techniques uncovered software waste, hardware costs, and server demand. An assortment of observability technologies was often used across various servers and settings. They were popular at the time because of their flexibility to be customized to meet the demands of individual users.

Cloud computing, on the other hand, is not a new phenomenon. It is like a scene from a horror movie compared to this. An app or process exists for a millisecond before disappearing. It is easy to feel overwhelmed by the speed at which virtual servers are created and destroyed. More than a million containers are placed on temporary servers throughout the world process and disseminate enormous amounts of data.

Differences in The Observability of Cloud-Native Services

You will not be able to detect and rectify problems as soon as you want if you cannot keep track of your cloud servers, containers, and data. Because of the complexity of cloud infrastructure and the massive amount of data it handles, observability has never been more vital. There must be a radical shift in the way we think about observation. In the cloud, you can monitor the whole stack.

Traditional observability technologies, such as 10,000-foot photos, give an aerial view of a particular place. These tools are excellent for monitoring Linux servers and PostgreSQL databases. It is analogous to having satellites worldwide working together to keep an eye on things. With these, you get a bird’s-eye view of the world. For example, this covers even short-lived servers and databases.

Cloud-native observability is the absolute ruler. A digital panopticon allows you to freeze and zoom in on recent events and probable future occurrences owing to AI (AI). Because of this, the capacity to be observed is critical.

Observability has received much attention in recent months. It measures how well one can determine the system’s internal states by observing its external outputs in control theory. “The actual collecting and display of this data are referred to as monitoring.” “Observability is achieved when data is made available from inside the system that you wish to monitor.”

It is also simpler to make sense of a system when it is observable since it provides more important information and context.

High-quality and relevant telemetry data (telemetry) must be generated for an object or process to become visible and not limited by the simply available information. Conventional monitoring and visibility systems have traditionally relied on static snapshots (data structures logs, PCAP files, traces, etc.) acquired from pre-defined, accessible sources or captured through monitoring programs or network traffic.

However, it is feasible to modify preset telemetry using these methods, although this may need new software development and additional hardware acquisition.

DevOps may be made more productive in many situations by using cloud-native observability. The use of automated observability may help find and fix errors. This tool makes it possible to identify and resolve conflicts between projects and containers before they occur.

AI and automated detection assist your teams in identifying issues that software engineers would otherwise overlook. AI may be used to enhance cloud-native logging and monitoring. Learn about potential concerns before they become a problem.

Access to information in real-time. Yes! Your data center must handle it all to use a digital panopticon effectively. Every aspect of the cloud-native observability technique is covered. When you go back and analyze your computer’s internal workings, there is no end to what you can learn.

There is a significant financial burden associated with keeping all of this data on-site. Sample data was used to do the study for the pre-cloud observability toolset. You can save a lot more data on the cloud since the storage costs are so much cheaper.

This may be a good place to introduce yourself and your site or include some credits.