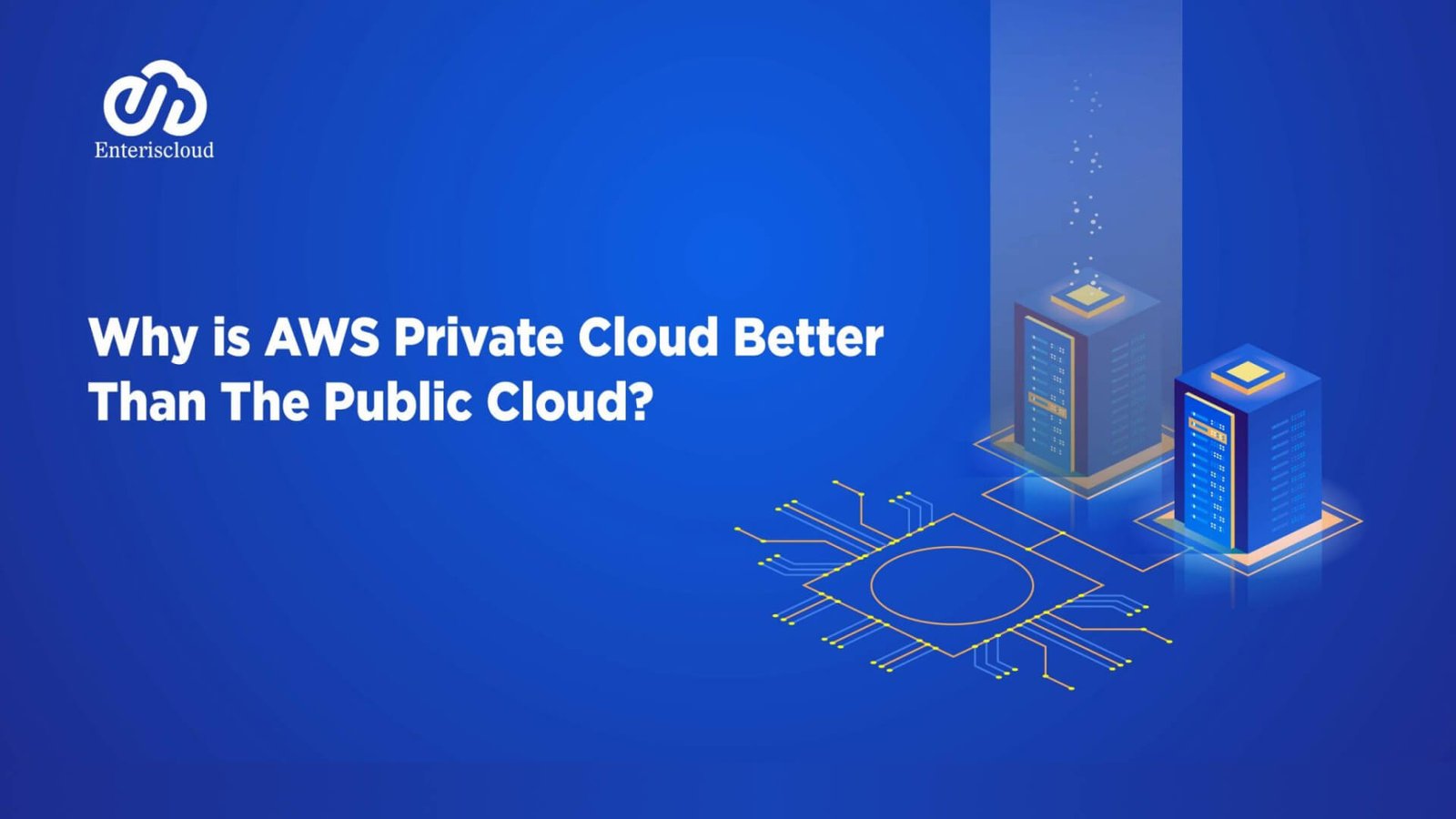 Why AWS Private Cloud is Better than the Public Cloud?

In this article, we will be able to understand the basic concept of why the Private Cloud is better than the Public Cloud. It is a general idea that most individuals consider the companies that provide public cloud services such as AWS, Microsoft Azure, and Google Cloud to be a bigger version of the private cloud.

The secret to winning in the public cloud is to emulate the world’s biggest Web firms by implementing DevOps practices and Kubernetes technology. Before moving forward, here is the main concern: What makes the public cloud unique?

What Makes The Public Cloud Unique?

APIs To Drive Equipment On The Public Cloud

The public cloud’s API-driven design enables its amazing growth and largest advantage – near immediate and indefinite capability via programmer self-service. Here is a quick flash about public cloud vs private cloud.

AWS, for example, is a market whereby programmers may spin up hundreds of servers on the fly. Based on demand, programs may auto-scale power-up (or down), attaining immediate global scalability. The public cloud also offers a plethora of new services, features, abilities, and options that are not available elsewhere.

AWS, for example, has thousands of new and distinct options. AWS has over 150 services and is ever-growing! Several installation choices and purchasing models are available, such as scheduled or spot installations.

New server-less programming and management approaches do away with the server concept entirely. You use software or code to perform these new public cloud options against a world of APIs, maybe from inside apps themselves.

To obtain the core benefits of fully programmable and self-service, this type of architecture must be operated quite radically compared to the private cloud world with servers and their control scripts.

The Difference Between Public, Private, And Virtual Private Clouds 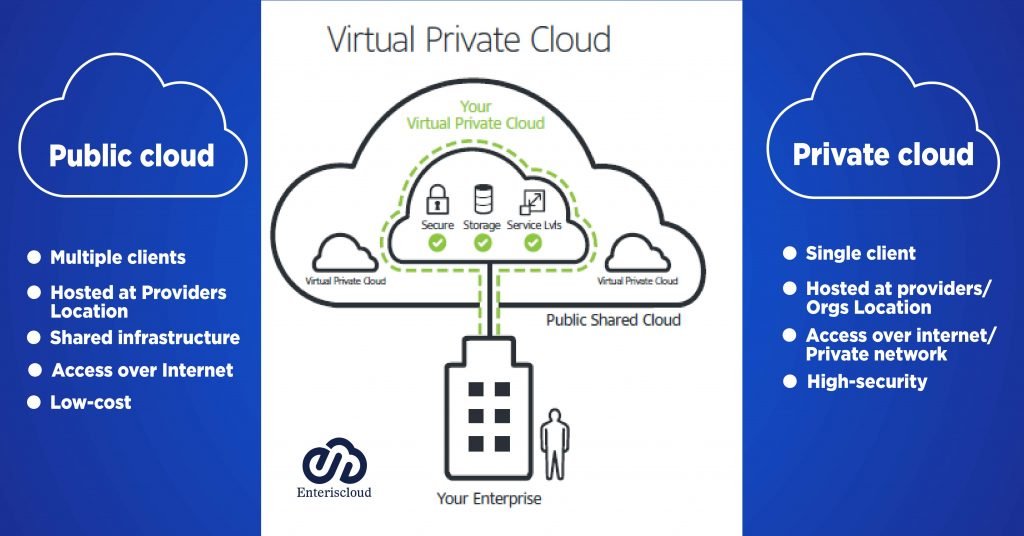 Yes, we have come here to public cloud vs private cloud, but let’s review the concepts of public, private, and virtual private clouds. A public cloud is a multi-tenant, large enterprise platform where computer capabilities may be booked or hired on demand.

Customers may provide and grow services instantaneously without the time and CAPEX associated with acquiring specialized equipment since these resources are available worldwide over the internet. Amazon (AWS), Windows Azure, and Google are the leading suppliers. Every one of these telecom operators provides SAP-certified infrastructure.

In comparison, a private cloud is a multi-tenant cloud system that runs on a dedicated server. This might be on-site, in a separate off-site data center, or with a controlled private cloud services provider.

The private cloud is confined by fixed infrastructure, but cloud service is dynamic and easily expandable. The private cloud provides control and exclusivity. It’s all yours. There are no neighbors with whom to share hosted assets.

A Virtual Private Cloud (VPC) is a middle-ground alternative that combines the benefits of both cloud architectures. VPCs operate similarly to private clouds but on public or shared infrastructure.

What Is The Procedure For This?

The VPC separates one user’s resources from those of another by employing an individualized, private IP subnet. They are linked through virtualized networks such as Virtual Local Area Networks (VLANs) or encrypted channels.

In contrast to public clouds, which support surroundings and all workloads, SAP VPCs provide similar and generally static workflows. Because this is SAP, most clients connect to their environment using virtual private networks (VPN). This can limit danger and exposure from neighbors who reach their services over the public internet.